How to Display Toast Messages in React Native for Android 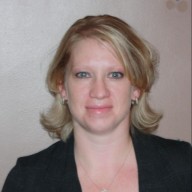 Toast messages are nifty tools that can be used to display information without using a lot of screen space. They’re used to display non-critical pieces of information that are supplementary in nature. In most instances, Toast messages don’t require the user to take any action. Occasionally, there will be a close button or even an action button, but those are not present in the most common use cases.

In the Gmail application, Toast messages are used to acknowledge ongoing actions initiated by the user. When you hit the ‘send’ button to send an email, a simple Toast message appears that says ‘Sending message…’ as shown in the image above. This message, displayed at the bottom of the screen, is not essential for the user to know. The user can continue using the application without reading or acknowledging the message.

A similar Toast message appears when deleting emails from the Gmail browser interface. The message says, ‘Conversation moved to Trash.’ It is accompanied by a button (Undo) which the user can click to revert the deletion. The user can choose to click the button or ignore the Toast message altogether.

Some of the general characteristics of Toast messages include:

There are three methods in the API. The parameters used can have different properties.

This method takes just two parameters: the message and duration. The syntax for it is:

This method has three parameters. In addition to the two parameters of show(), the third parameter is gravity. It’s used to specify where the Toast message appears on the screen layout.

The three gravity properties are BOTTOM, TOP, and CENTER. As their names indicate, these can be used to display the Toast message at the bottom, top, or center of the screen respectively. They can be used as follows:

The following example from React Native shows how the different methods and properties can be used while building a React Native app.

Toast messages are easy to access tools to convey contextual information to the end-user without hindering the general UI. It can be implemented in many ways as illustrated above. None of the methods provide the user a way to view the messages again; Toast messages will be completely lost after the set duration. If your application has a dedicated inbox, Toast messages can be displayed there. The user would then be able to read the notification again if the need arises. Having an embedded notification inbox for your application helps to make these Toast notifications stick.

We asked 28 developers and marketing & sales professionals to share their best practices for creating effective transactional emails. Here's what they had to say.

What to Look for When Choosing an Email API Service

An overview of the most important things to look for when choosing an email API service, from deliverability to speed and more.

The Expert Guide to Push Notifications